One message above all unites the scientists and climate activists at COP26 this week in Glasgow. Time is not on humanity’s side. The talking must end and the action begin.

Cutting greenhouse gas emissions by the largest possible amount in the shortest possible time is the only thing which matters. Those cuts must start now, not in 2025 and certainly not in 2030.

If substantial progress isn’t made in this decade then top of the agenda at COP36 in 2031 will be which countries are ready to accept their share of the hundreds of millions of climate refugees who will soon be forced to flee homes rendered uninhabitable by climate change.

The energy industry has a huge responsibility. It must and can lead the world’s transition to net zero. Industries like transport, construction, agriculture, steel, cement and many others must all play a part. But without complete decarbonisation of the electricity generation industry net zero will never be achieved.

The technologies needed to get this sea change in the energy industry under way already exist. However much we yearn for economically viable carbon capture utilization and storage and affordable large scale long term electricity storage to be available we can’t wait any longer for research breakthroughs. We must get on with the job using the tools which are to hand.

And there are plenty of tools around. Wind, solar, hydro, energy efficiency, carbon pricing will all make a difference. But one more tool is needed, one which has been neglected for too long. That is nuclear power. The sterile debates about whether emissions reductions are best achieved by more renewables or by nuclear are now irrelevant. All of the above are required.

An overdue sense of urgency has at last entered the climate debate. This offers nuclear, a proven supplier of reliable baseload very low carbon electricity, its best opportunity for decades. There are encouraging signs that policy makers are waking up to how nuclear energy can help avert dangerous irreversible climate change.

The UK for example, host to C0P26, has a pro-nuclear government for the first time in thirty years. This year the European Commission, whose attitude to nuclear has veered from ambivalence to outright hostility, released its Joint Research Council’s report strongly endorsing nuclear on safety, health and environmental grounds.

The faster that investment in new nuclear capacity takes place the greater the likelihood that cost reductions will be achieved, enabling nuclear to compete on cost grounds with renewable technologies such as offshore wind.

The rollout of nuclear is aided by the range of credible vendors. These offer customers a genuine choice, albeit one which in practice is constrained by politics as recent UK experience shows. EDF and Hitachi have been welcomed and South Korea’s KEPCO is now believed to be in discussions with the government again after being given the cold shoulder some years ago.

By contrast the UK’s flirtation with CGN seems poised to end despite the fact that the size of China’s domestic market enables it to achieve substantial economies of scale. Similarly Rosatom’s very impressive technical advances which coupled with attractive finance packages are winning customers around the world remain resolutely ignored in the UK for reasons which can only be political.

The benefits of nuclear power go far beyond low carbon energy as other sections of this brochure explain so this forward ends with a reminder that historically only two countries, France and Sweden, have ever cut emissions as fast as every major country must now do. Both achieved these cuts by rapid deployment of new nuclear capacity.

How valuable it would be for the future of the human species and all those others whose survival is threatened by climate change if COP26 concluded with recognition of that fact. 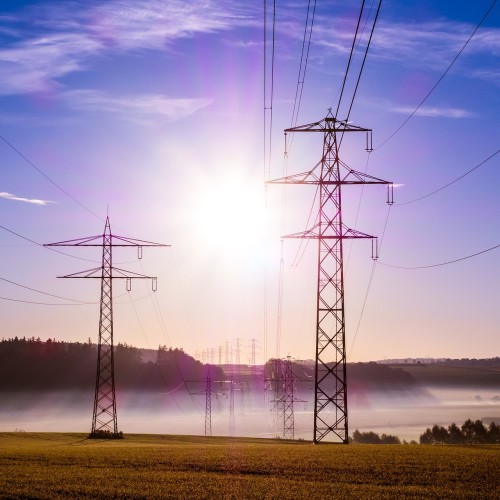