Putin’s invasion of Ukraine has forced many governments to rethink their energy policy. In the last six months security of supply has become the top priority, particularly for countries which previously depended significantly on Russian gas and oil.

Last November COP26 closed in Glasgow with wide agreement about the need to accelerate the clean energy transition. Since then rocketing prices and supply shortages have made that important and much needed consensus a distant memory, even though the recent heat wave was a reminder about the urgency of the climate threat.

The response to Putin’s aggression has been disastrous for climate change. An attractive short term low-cost policy option involves replacing the use of gas with coal to generate the electricity on which all domestic and business consumers and rely.

For politicians this offers the advantage of diluting the inflationary pain of higher energy prices at the same time as improving security of supply. Voters, the argument goes, won’t worry about delaying the timetable for net zero as long as the lights stay on and bills remain affordable.

All this is understandable but short sighted. The damage which the war in Ukraine is doing to energy and food prices, to trade and to the global economy is capable of being repaired and almost certainly will be - in the medium term anyway.

By contrast postponing the action needed to slow down climate change now risks creating an irreversible problem. What the world does or doesn’t do during this decade may determine whether the human species survives.

The list of necessary measures is familiar. Much greater emphasis on energy efficiency, huge expansion of renewables, increased electricity and gas storage - all these are essential.

To this list must be added more investment in nuclear energy capacity. Nuclear currently generates about 10 percent of the world’s electricity and is the only source of almost zero carbon large scale baseload despatchable power. The geographically and politically diverse range of nuclear fuel producers means that security of supply will never be a problem.

In addition the cost of nuclear generated electricity depends almost entirely on the capital cost of building the reactor in the first place. Once constructed the running costs of nuclear are stable and low so the risk of price spikes of the sort recently experienced with gas is extremely remote.

Growing the world’s nuclear capacity takes time. It is typically a decade or longer from when the construction of a new reactor is approved to when its first power is produced. This is a good reason for expanding the new build programme now. It is highly likely that by the mid-2030s anxiety about climate change will be far more intensive than it is today.

The 55 reactors now under construction in 15 countries, mostly Asian, will therefore make a very welcome contribution to the clean energy transition when they come on stream. But still more are badly needed and the very justified current concerns about consumption of unabated coal may well spread to gas in the next decade.

Another important outcome of COP26 was recognition of the vital role of carbon pricing. The EU Emissions Trading System is the world’s largest carbon market. The EU carbon price is now approaching €100 a ton for the first time, up from below €4 only six years ago, to a level which may soon start to impact long term investment decisions in many industries.

It is the view of NNWI that the time is very ripe for a major revival of nuclear energy. The need for more low carbon electricity is universally accepted. The debate is only about where it should come from. We believe nuclear’s rightful place is alongside renewables.

We welcome the fact that the cautiously agnostic European Commission finally got off the fence with a resounding endorsement of nuclear on both safety and environmental grounds in the report published by its Joint Research Centre last year.

We are also delighted that, in addition to the reactors already under construction, more are planned and as many as 300 are proposed. In the short term capacity is also being increased by life extensions to existing nuclear plants. This is the cheapest way to rapidly increase low carbon electricity production.

Technical developments are encouraging. The introduction of small and advanced modular reactors, and of floating reactors, will significantly increase the range of places where nuclear plants can be built. This will deliver the benefits of nuclear energy to many smaller and more remote communities around the world which hitherto have not been able to access them.

In recognition of this potential growth in nuclear energy NNWI is extending its activities to Central Asia. We believe this region is very suitable for nuclear energy development. More information about our plans will be announced very soon. 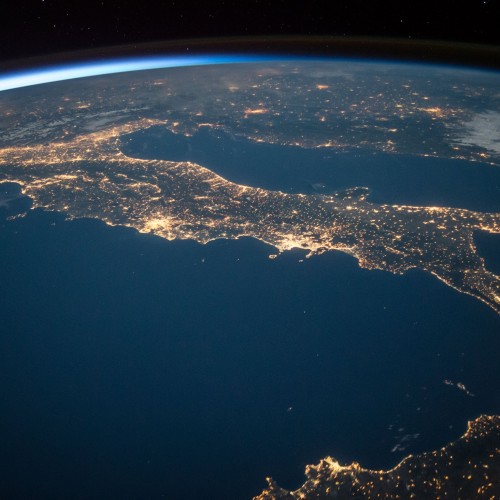 An interesting month at home and abroad